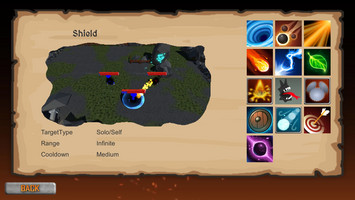 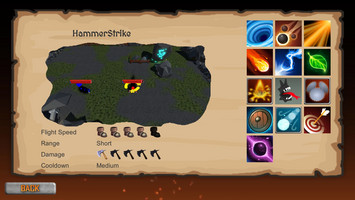 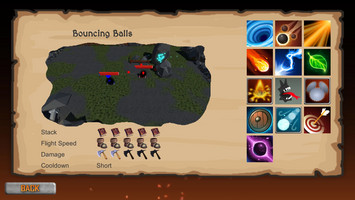 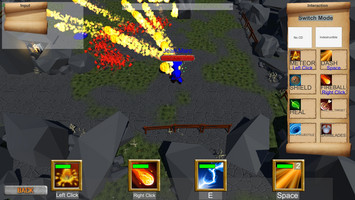 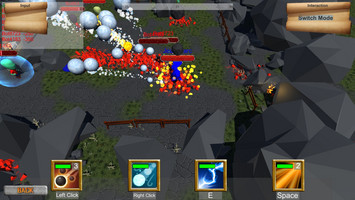 After having some tests made by new players, we understood that we should make our game easier for new players. That's why we haven't made lots of changes on gameplay. So the two last weeks, the focus was on :

This spell book allows players to choose the spell in the list, and see its name, its main caracteristics and a "video" of the spell in action. The thing is that originally it was really a video, but the game got so heavier that we decided to simulate totally the game and have a scenario for each and every spell. I think this part is interesting, so I will probably make a specific tech devlog about it.

The main goal of this tool was to allow people to practise a spell before launching a game. We decided to allow you to play alone on this because we are awar of the lack of players. We also  decided to create some special tools, like the possibility to get invincible and to have no  cd. With that on, you can spam your spells and have lots of fun! You can also add bots to play with or against you !

We added some more effects for the spells: new textures, new particles ,..

And on these two weeks, we could find two new great wizards to help us in the development, a very talented sound designer and an awesome 2D Graphist and UI designer. The best is to come for The Great Wizards Tournament, so I wish to see in the Arena !

Get The Great Wizard Tournament

Fighting for honor, you wizards will compete in the biggest mage tournament ever created!